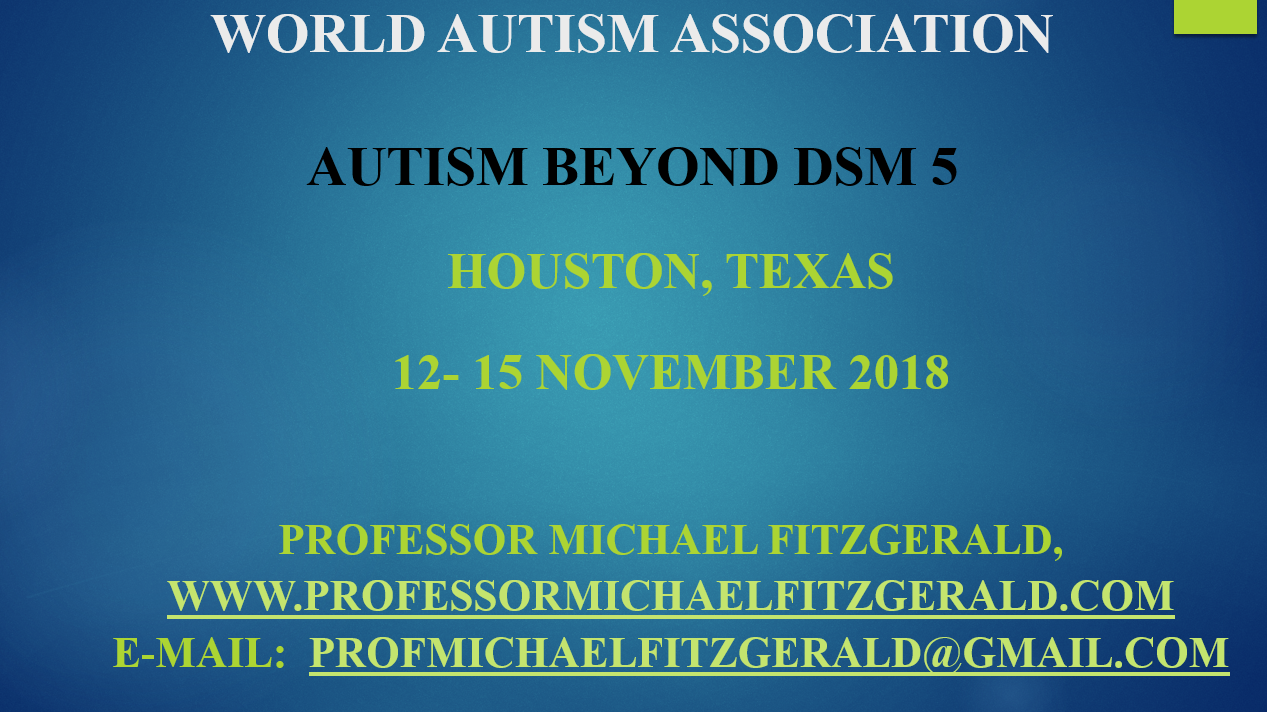 This lecture delivered by Prof. Michael Fitzgerald at the World Autism Association in the USA, focuses on many issues not dealt with in DSM 5. It deals with Autism as an endlessly contradictory condition.

The importance of listening to the mother – Tips on accessing children with behavioural difficulties.

For some time, the understanding of child behaviour problems tended to blame mothers. This was a catastrophic error, writes Professor Michael Fitzgerald

The NAGP is the voice of General Practice. The NAGP was relaunched as the NAGP in order to represent the interests of general practitioners, to help shape the future of primary care and to engage in activities that improve patient outcomes. 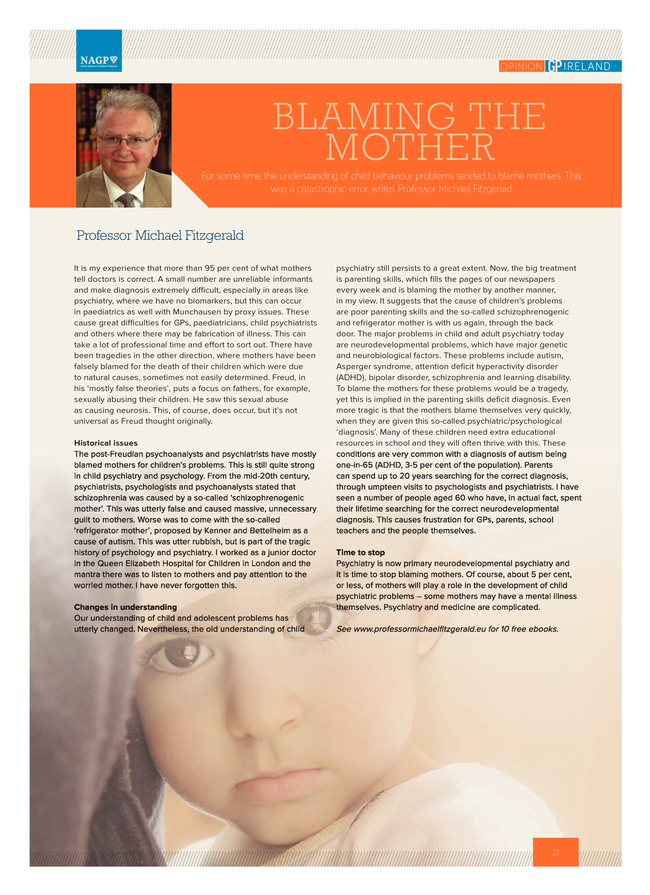 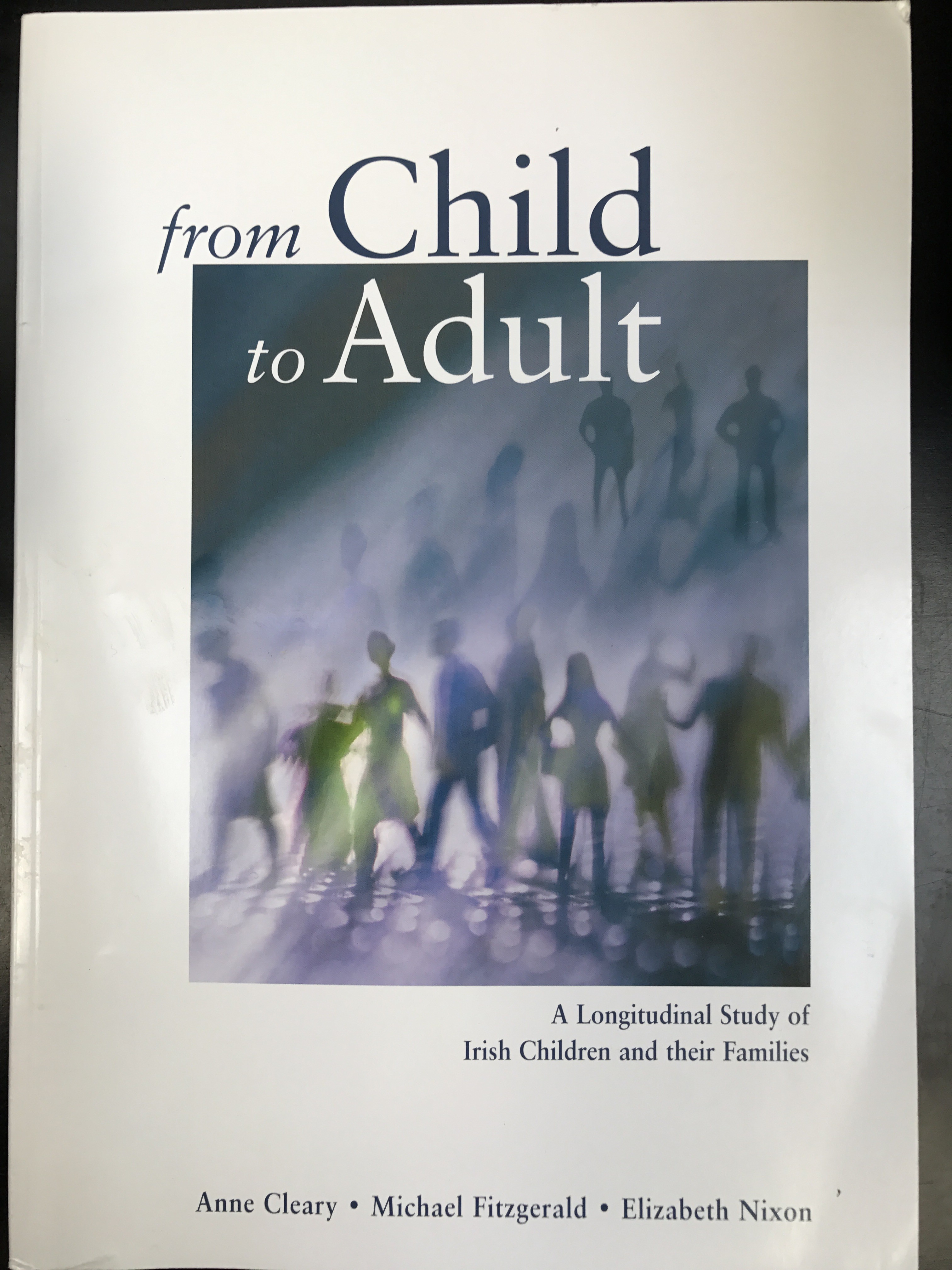 Free book to download on psychological problems in Irish Children and Adults.
A follow up study of children, studied in childhood to adulthood, 21 years, showed symptom levels were high and approximately one fifth of the respondents had probable psychiatric conditions and 55% had used non prescription drugs. Behavioural deviance at age 11 was highly predictive of poor educational outcome at age 21.
A majority of mothers previously diagnosed as suffering from psychological problems when their child was 10 had now recovered. Economic disadvantage exasperated the negative outcomes.
40% of children followed up, regarded religion as important in their lives.
This book is free to download from my website.
Click here for more information about this book and to download it. 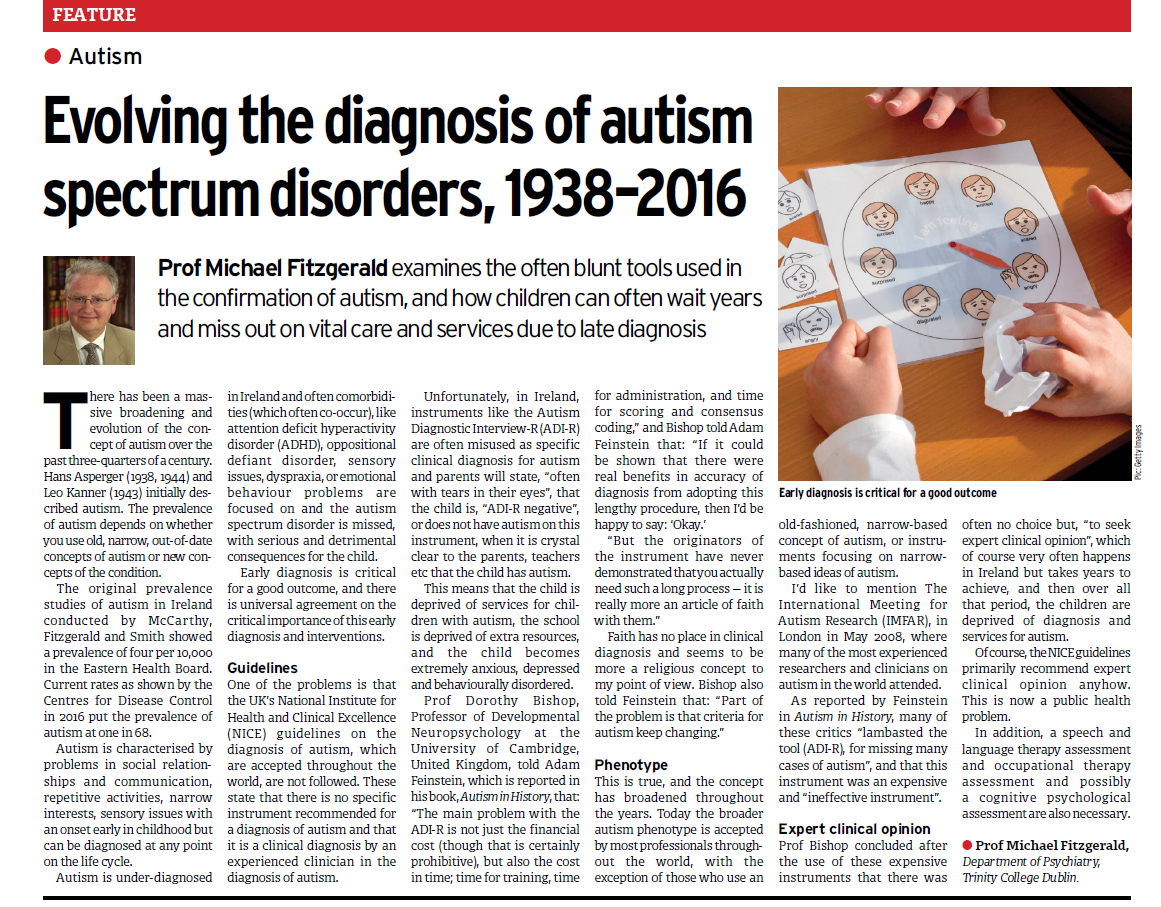 There has been a massive broadening and evolution of the concept of autism over the past three-quarters of a century. Hans Asperger (1938, 1944) and Leo Kanner (1943) initially described autism. The prevalence of autism depends on whether you use old, narrow, out-of-date concepts of autism or new concepts of the condition. The original prevalence studies of autism in Ireland conducted by McCarthy, Fitzgerald and Smith showed a prevalence of four per 10,000 in the Eastern Health Board. Current rates as shown by the Centres for Disease Control in 2016 put the prevalence of autism at one in 68. Autism is characterised by problems in social relationships and communication, repetitive activities, narrow interests, sensory issues with an onset early in childhood but can be diagnosed at any point on the life cycle. Autism is under-diagnosed in Ireland and often comorbidities (which often co-occur), like attention deficit hyperactivity disorder (ADHD), oppositional defiant disorder, sensory issues, dyspraxia, or emotional behaviour problems are focused on and the autism spectrum disorder is missed, with serious and detrimental consequences for the child. Early diagnosis is critical for a good outcome, and there is universal agreement on the critical importance of this early diagnosis and interventions.
Guidelines
One of the problems is that the UK’s National Institute for Health and Clinical Excellence (NICE) guidelines on the diagnosis of autism, which are accepted throughout the world, are not followed. These state that there is no specific instrument recommended for a diagnosis of autism and that it is a clinical diagnosis by an experienced clinician in the diagnosis of autism. Unfortunately, in Ireland, instruments like the Autism Diagnostic Interview-R (ADI-R) are often misused as specific clinical diagnosis for autism and parents will state, “often with tears in their eyes”, that the child is, “ADI-R negative”, or does not have autism on this instrument, when it is crystal clear to the parents, teachers etc that the child has autism. This means that the child is deprived of services for children with autism, the school is deprived of extra resources, and the child becomes extremely anxious, depressed and behaviourally disordered. Prof Dorothy Bishop, Professor of Developmental Neuropsychology at the University of Cambridge, United Kingdom, told Adam Feinstein, which is reported in his book, Autism in History, that: “The main problem with the ADI-R is not just the financial cost (though that is certainly prohibitive), but also the cost in time; time for training, time for administration, and time for scoring and consensus coding,” and Bishop told Adam Feinstein that: “If it could be shown that there were real benefits in accuracy of diagnosis from adopting this lengthy procedure, then I’d be happy to say: ‘Okay.’ “But the originators of the instrument have never demonstrated that you actually need such a long process – it is really more an article of faith with them.” Faith has no place in clinical diagnosis and seems to be more a religious concept to my point of view. Bishop also told Feinstein that: “Part of the problem is that criteria for autism keep changing.”
Phenotype
This is true, and the concept has broadened throughout the years. Today the broader autism phenotype is accepted by most professionals throughout the world, with the exception of those who use an old-fashioned, narrow-based concept of autism, or instruments focusing on narrowbased ideas of autism. I’d like to mention The International Meeting for Autism Research (IMFAR), in London in May 2008, where many of the most experienced researchers and clinicians on autism in the world attended. As reported by Feinstein in Autism in History, many of these critics “lambasted the tool (ADI-R), for missing many cases of autism”, and that this instrument was an expensive and “ineffective instrument”.
Expert clinical opinion
Prof Bishop concluded after the use of these expensive instruments that there was often no choice but, “to seek expert clinical opinion”, which of course very often happens in Ireland but takes years to achieve, and then over all that period, the children are deprived of diagnosis and services for autism. Of course, the NICE guidelines primarily recommend expert clinical opinion anyhow. This is now a public health problem. In addition, a speech and language therapy assessment and occupational therapy assessment and possibly a cognitive psychological assessment are also necessary.
Prof Michael Fitzgerald, Department of Psychiatry, Trinity College Dublin.

– Considerable confusion surrounds the overlapping of autism and schizophrenia. This has significant implications for clinicians given that correct diagnosis is critical for treatment.

-This paper sets out to clarify the position by reviewing the history and current status of the relationship between autism and schizophrenia. A general review was conducted using a chronological approach that focused on phenomenology, aetiology, genetic mechanisms and treatment.

– Persons with autism are far more rigid, have difficulties set shifting and get far more upset and aggressive when their routines have changed. They have far more severe theory of mind and empathy deficits than those with schizophrenia.

– Future diagnostic refinement by means of molecular genetic studies will alter the diagnostic categories. Further studies of the conditions of autism and schizophrenia are therefore necessary.

– Both conditions need treatment both clinically and practically.

– This paper elucidates the relationship between autism and schizophrenia from a historical and current perspective. It emerges that this confusion is likely to be resolved by molecular genetic studies that will alter the diagnostic categories.

Michael Fitzgerald was the Henry Marsh Professor of Child and Adolescent Psychiatry at Trinity College, Dublin. He is the first professor of child and adolescent psychiatry in Ireland. He was the first Professor of Child Psychiatry in Ireland in 1996. A Clinical and Research Consultant to the Irish Society for Autism and an Honorary member of the Northern Ireland Institute of Human Relations. He has a doctorate in the area of autism and has been a researcher in this area since 1973. He trained at St. Patrick’s Hospital Dublin, Chicago Medical School, and The Maudsley Hospital and the National Hospital for Nervous Diseases in London. He has clinically diagnosed over 2600 individuals with Autism and Asperger’s syndrome and has served on the Government Task Force on Autism and the family as well as similar task forces for the Department of Health in Northern Ireland. He has contributed to National and International Journals on autism another relevant topics. He has written, co –written, edited or co-edited over 24 books.. Read more